Sarabjit Sarkar, who is running an account on Instagram in the name of Neil Ranaut, is one such fashion influencer about whom we all should know and follow. Neel, who lives in a small village in Tripura, is not only an Instagram star but has also walked the ramp for veteran designers like Abu Jani-Sandeep Khosla. 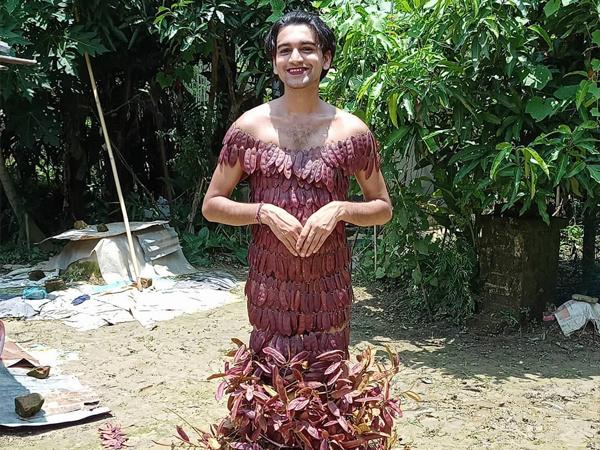 Why Neil is so popular and liked by people, you will know only after following him. Neil’s sense of humor is amazing, his fashion sense is even more amazing. Fashion influencers and Bollywood actors with a following of lakhs, Neil recreates the outfits on which lakhs of rupees are spent on them in his unique style. This skill of Neil is proof that the world of us Indians runs on jugaad. 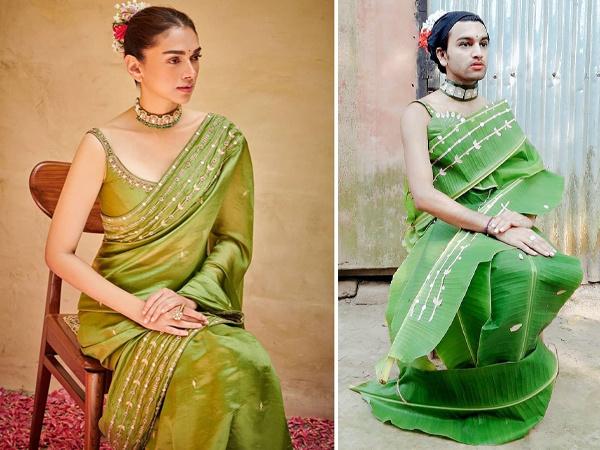 Neil is a favorite of celebs and influencers

Our own former in-house talent Kusha Kapila was the first to catch the eye of this talented ‘Village Influencer’ (Neil himself often uses this hashtag for himself) and it was he who helped Neil’s talent get exposure.

Talking about Kusha, Neil says, “He didn’t need to do that but he helped me a lot. She constantly encourages me, that’s why I call her Kusha Di. Kusha showed my Instagram page to Sandeep Khosla after which I got his message which I was surprised to see. I got nervous but I spoke to him somehow, whatever English I knew. Sandeep sir asked me if I needed any help and all I could say was, ‘Bless me that one day I can meet both of you (Abu-Sandeep).'” 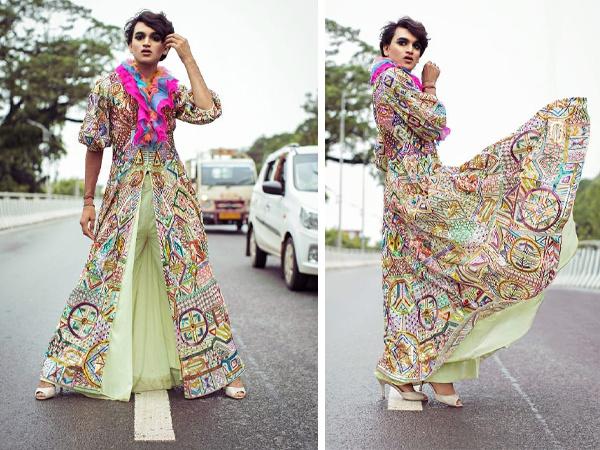 It will probably be called luck that Neil, whom Neil used to dream of meeting, recently got a chance to wear his designed outfit. During Pride Month, the designer duo gifted Neil a gorgeous outfit from their collection and Neil styled it beautifully.

No viral and latest red carpet look escapes Neil’s eyes. From desi celebs and influencers to international stars, Ranaut has recreated almost everyone’s looks in her own style. From Deepika Padukone and Priyanka Chopra to Bella Hadid and Zendaya, she recreates the fashion looks of many celebs. 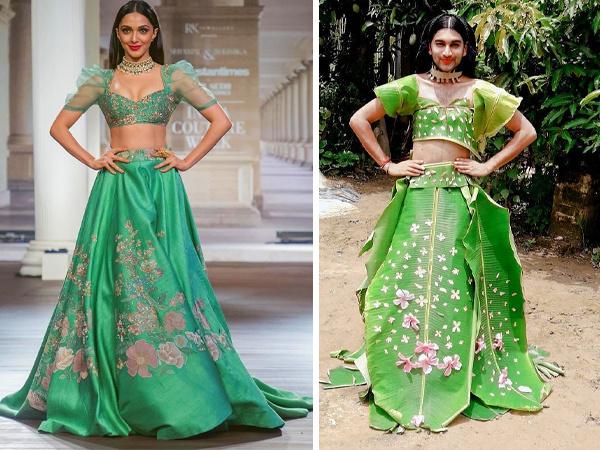 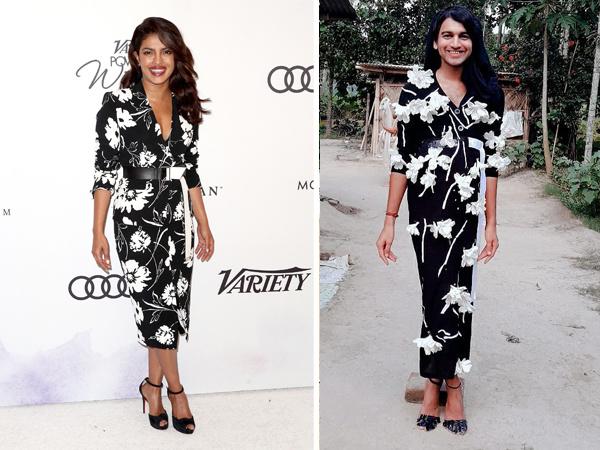 Neil shares his looks with the captions of ‘Who looked better’ i.e. who felt better. Not only this, Neil also often shares BTS videos of these looks, which shows how much effort and time goes into recreating a look. What Neil does requires a lot of dedication and patience which is commendable.

Neil is helped by his entire family in creating these looks which show how important it is to have close friends to be successful in any field. From Neil’s grandmother to his mother and sister, everyone supports Neil in his passion and this is a message to all those families and parents about how important it is to support their children.

The perfection and attention to the smallest details that Neil recreates these looks requires a lot of fashion savvy and knowledge. But the surprising thing is that Neil has not taken any kind of professional training.

Why does Neil deserve your attention and fame? 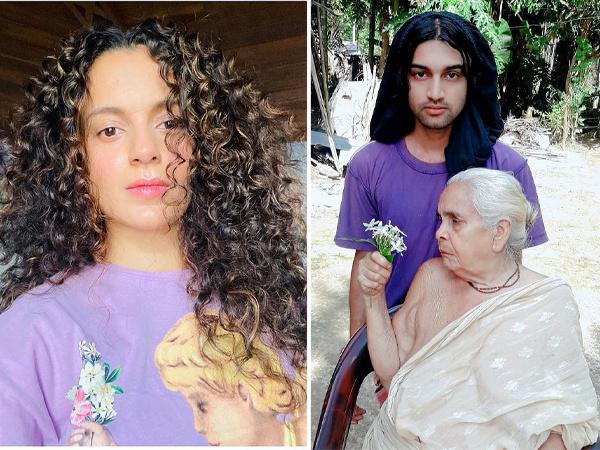 Neel without any shame or hesitation shows his small and modest hut in the village. He does not shy away from showing his creativity and does not try to hide his poor family. Neil recreates celeb looks with flowers, leaves and old things that grow in his village, which is no small thing. 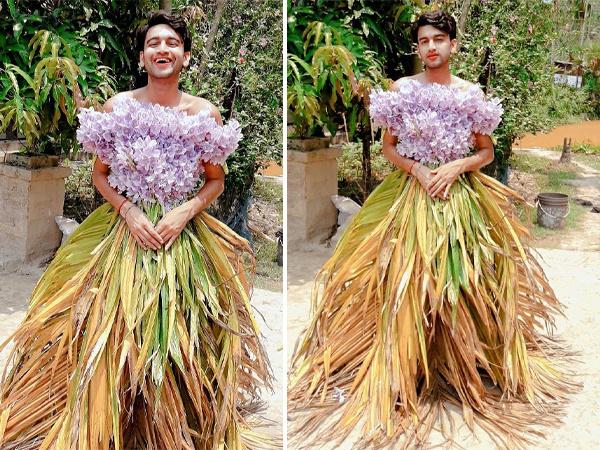 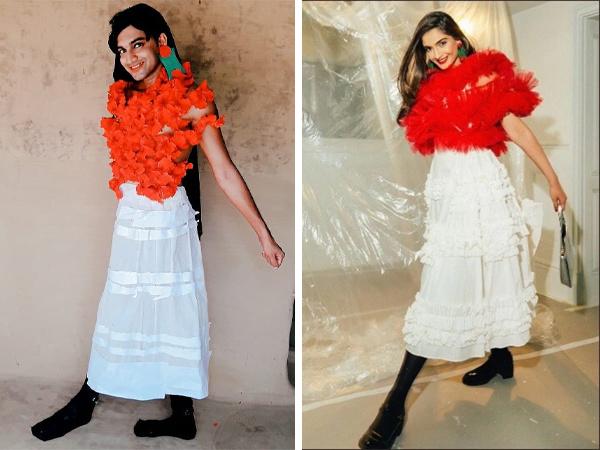 Time has come to support and encourage influencers like Neil instead of worshiping influencers who give half-truths or false hopes and show-offs.

We hope that this information will be useful to you. Keep reading iDiva Hindi for more such stories.